From Marx to Hayek and in between, few would disagree that contracts form a core institutional aspect of capitalism. By allowing freely consenting adults to agree to terms of exchange, the price mechanism is allowed to flourish.

Many economists give primacy to contracts because they believe that the outcome of individuals’ freely choice is likely to be socially optimal. Libertarian political theorists, however, believe that individual freedom is a good in and of itself, irrespective of the consequence to society. Some in both camps believe that contracts can also be an institutional correction for market failure. Prisoners with incentives to rat each other out can improve their lot if they have “stop snitching” contracts. 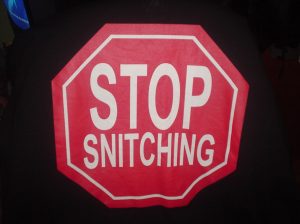 Peasants over-tilling common land can write up deeds that allow them to sell the land to the peasant with the most smokin’ business plan (with fully internalized costs!)

(These are the standard examples in textbooks, which seems kind of strange since one relates to degenerates and the other to rednecks – neither likely to be treated kindly by elite lawyers. As a Kentuckian, I of course mean both with a lotta love.)

However, social scientists and philosophers have found several reasons why the people (as expressed through the state) might want to step in the way of the right to contract.

For instance, if you’re accosted by a highway robber and given a choice of “your money or your life,” few would feel that your consent to hand over money represents a contract that judiciaries should enforce. Likewise, a worker could voluntarily contract to become a slave. But most observers would feel that the moral norms of society require non-enforcement of that contract.

These and other tricky cases are analyzed by trade lawyer Michael Trebilcock in his book, The Limits of Freedom of Contract. From a market-sympathetic point of view, Trebilcock outlines cases like prostitution, sale of human organs or monopoly contracts that should perhaps NOT be respected by the courts.

Take the first issue, commodification. Trebilcock surveys various writers and scenarios that suggest that we may want to limit the domain of contracts because we don’t wish to allow commodification of everything in society. Karl Polanyi, in his classic book The Great Transformation, shows how the development of (and instances of stability within) the so-called market system came largely through state intervention and non-market values like reciprocity. Or take Richard Titmuss or Margaret Radin, who wrote about the alleged inferior outcomes of privatized blood banks in the US. Or scarce availability of life-saving technologies.

In the latter case, for instance, a society could allocate access to this technology through meritocratic assignment by administrators, by voting, by queuing, by lotteries or by markets. It ends up being mightily difficult to engineer the first four in ways that are internally consistent (as demonstrated by Ken Arrow’s impossibility theorem),  that don’t give some privilege to those with more assets (be that time to burn in a queue, or being born to a family that set you up to make useful charitable contributions), or that don’t in other ways replicate the problems of markets (such as through creation of secondary markets after the lottery or voting allocation is made, which ends up “efficiently” allocating access to the technology to those that “value it the most,” as measured by ability to pay).

Through these and other cases, Trebilcock generally comes down in favor of markets and contracts, as opposed to potentially paternalistic or democratically determined means of allocating resources.

In his chapter on coercion (a standard reason for nullifying contracts), Trebilcock outlines several schools of thought on the topic. For individual liberties proponents like Robert Nozick, a key way of distinguishing between contractual overtures that are threats versus offers is whether the overture would broaden or shrink the possibilities open to the second party. For others like Benson and Gordley, an overture is coercive if it would reflect an implicit price that deviates from the market price. Kronman would look to whether the class that party B forms a part of would benefit overall from the transaction, even if it otherwise has a coercive feel about it. Economists, finally, would tend to look at whether the person B would derive more utility from the transaction, irrespective of actual consent in the real world.

All schools would tend to view “your money or your life” type overtures as coerced contracts that should not be enforced. But the unanimity ends with more borderline cases, like sea salvagers that didn’t create a storm but charge extortionate rates to help boats out of storms. Or offers of promotion for sex. Or contracts to collude and raise prices, including labor unions.

Trebilcock sees the choices confronting society with “problematic contracts” as doing nothing (i.e. allowing consenting adults to contract), interfering with contracts through outright regulation, or solving inequality problems through allowing the market to work its magic in the first instance, and then redistribute through taxation in the second.

While many “liberals” would favor the first or last approach, Trebilcock doesn’t feel that taxes are inherently less coercive. As such, he would place more emphasis on the consequence of the regulation or taxation – i.e. does it force one group in society to bear a burden that should be bourne by society as a whole.

What does any of this have to do with the “two ceilings” theme of this blog?

In some sense, remarkably little. Trebilcock focuses his energy on contracts between private individuals, rather than “contracts” (or treaties) with or between states.

But some scholars have attempted to use concepts from normative economics to analyze the signing of BITs. This analysis inevitably enjoins private contract theory, even though the involvement of the state would seem to call for public choice, public law, or institutional or international political economy theories.

Nonetheless, the contract analogies are useful. If, even under private ordering paradigms, there would be rationales for NOT enforcing state obligations under BITs, that would be interesting to anyone studying the question. To go further, as Jason Yackee has, panels may need to do a better job of honoring actual contract commitments of states (when those exist) instead of allowing BITs to become default international legal rules.

Moreover, Trebilcock (page 23), channeling economist Ken Arrow, notes that private property systems can only thrive if they are non-universal. In other words, in order for judges to protect property rights, judges themselves can’t be for sale, and judgements can’t be commodified.

But the investor-state system (and private arbitration more generally) does seem to come perilously close to commodified justice. Corporations are able to appoint judges that are paid by the hour and lack tenure security. Private capital is becoming increasingly involved in the financing of arbitration costs.

So, even though neoclassical economists tend to support policies like bilateral investment treaties, there may be a basis (even from within their paradigms) to question whether their impact on judicial systems are counterproductive.

One thought on “Contract attack”