Could the US face WTO sanctions for the recent Argentina bonds debacle?

A quick recap of where we are. US Judge Griesa recently ruled that Argentina cannot pay off 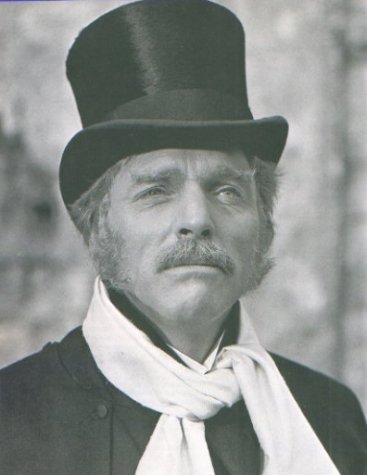 its restructured bondholders without first paying a group of “vulture fund” holdouts. Those restructured bondholders were due their payments last night, but US banks were enjoined from making the payments on Argentina’s behalf (despite having Argentina’s money to do so). This prompted Standard & Poors to declare Argentina in technical default. Financial reporter Felix Salmon is referring to the mess using the hashtag #GrieFault on Twitter, distinguishing a judicially determined default from one where a government doesn’t have the economic resources to meet its payment obligations.

Argentina prefers a different nomenclature, noting that the US is “internationally responsible” for its judiciary, which it accuses of “transfer restrictions“.

In the world of international law, thems are fighting words. Back in 2011, the WTO ruled that the US court rulings are “a priori capable of constituting a measure attributable to the United States, which may be challenged in dispute settlement proceedings under” the WTO. And a decade earlier, a WTO panel noted that – if US prosecutors or courts moved to block payments and transfers to offshore gambling sites – it risked violating its WTO obligations.(Indeed, Argentina just announced that it might pursue action at the International Court of Justice, although it is not clear on what basis.)

It would be ironic if the Obama administration, which supported Argentina’s positions in US court filings, now finds itself on the hook for judicial actions it disagrees with. But them’s the rubs when it comes to international law (as I write in this piece for UNCTAD).

Here’s a bit more detail on how I see such a claim playing out:

The US took pretty wide commitments in the area of financial services. Looking at its schedule under the General Agreement on Trade in Services, one sees that (Page C-16, with a little hop over to (B)(3)(c) here) the US took nearly unlimited commitments in the cross-border provision of financial services. (The most identifiable exception to this is that it carved out is an onion derivatives ban.)

These commitments require, among other things, free transfer flows (i.e. no banning of financial flows) and non-discrimination.

In the Internet gambling case, the WTO ruled that the ban amounted to a prohibited “quota of zero”, the panel additionally noted that the US has obligations under Article XI of the WTO’s General Agreement on Trade in Services to “not apply restrictions on international transfers and payments for current transactions relating to its specific commitments” and “not impose restrictions on any capital transactions inconsistently with its specific commitments regarding such transactions”. The way the US enforced the ban was through court injunctions similar to the ones Griesa ordered.

The panel noted that:

Article XI plays a crucial role in securing the value of specific commitments undertaken by Members under the GATS. Indeed, the value of specific commitments on market access and national treatment would be seriously impaired if Members could restrict international transfers and payment for service transactions in scheduled sectors. In ensuring, inter alia, that services suppliers can receive payments due under services contracts covered by a Member’s specific commitment, Article XI is an indispensable complement to GATS disciplines on market access and national treatment.

Then there is the potential of a discrimination claim. At the eleventh hour, Judge Griesa has ruled that some bondholders that have fine print attaching them to Argentine (rather than US) law can be paid, but that European debt holders cannot be.

Why this discrimination, which smacks of a violation of most-favored nation requirements? Because Griesa could not block the select Argentine payments without also blocking payments by Argentina related to an oil deal made earlier this year.

Explaining this aspect of the cluster requires a step back. Repsol is a Spanish oil company that had invested in Argentina, and then been expropriated. They then launched a claim under an Argentina-Spain investment treaty, which Argentina settled earlier this year by giving Repsol a bunch of Argentine bonds. (The country has few other means of payment, as it is blocked from most international finance since its real default in 2001-02.) Repsol then sold its bonds to JP Morgan, which hoped (not unlike the vulture funds) to get more on them that what they had to pay. Griesa wanted to ensure that the holders of Repsol’s bonds (i.e. JP Morgan) could get paid, so had to greenlight the select Argentine payments.

It’s pretty easy to imagine a discrimination claim here (either under the WTO, investment agreements, or both), especially given the past preferential treatment by Obama of the US-based JP Morgan bank. Moreover, under investment treaties, an argument could definitely be made that Griesa’s hamhanded handling of the whole case – where he did not even appear to have a clear understanding of what he was ruling on, according to the NYT – constituted arbitrary and unfair treatment.

Not that there wouldn’t be some challenges to the case. Defining precisely which investors or service sectors were damaged would be a hurdle, as would figuring out the jurisdictional issues and standing issues related to that.

But as the Obama administration notes here, however, a complainant may not need to get even that specific, since some of the threshold GATS language requires that a challenged

measure at issue “affects” trade in that service. The term “affect” has been and should be interpreted broadly in the context of Article I.1 of the GATS, similar to its interpretation in Article III of the GATT, to include any measure that has “an effect on” trade in services. Given the language of Article I.1, the Appellate Body in EC – Bananas III found that “there is nothing at all in these provisions to suggest a limited scope of application for the GATS.”… In the U.S. view, Argentina’s argument that Panama must identify actual services and service suppliers in or to the Argentine market being affected by the challenged measures would import requirements into Article I.1 that are not there. The Article defines the scope of the GATS in terms of measures “affecting trade”, rather than actual services and service suppliers.

Noting that the WTO Appellate Body has ruled that it does not not need to base its analysis “on empirical evidence as to the actual effects of the measure”, the US urged the WTO to “reject the view that a Member may challenge measures under GATS only when there is evidence that its suppliers are actually trading, or attempting to trade, in services with the Member in question.”

(Side note on an additional irony: The reference to Argentina in that quote is because the US has largely taken the tax haven Panama’s side in a dispute that Panama brought against Argentina’s anti-tax haven policies. Panama accuses Argentina of violating its WTO financial services obligations. Argentina made some pointed remarks in this regard, saying that undermining sovereign debt restructuring while allowing tax havens to exist undermines the move to re-regulate the financial sector and is pure “gatopardismo” (a situation where change is more apparent than real).)

There are a variety of defense provisions that the US has the right to invoke, including prudential measures defenses and balance of payments defenses. On their face, however, none of these seem to comport with the requirements for these defenses, which I explore in this article and this book chapter. Whatever the scope of these prudential defenses (and that is much debated), I haven’t heard anyone make an argument that the Griesa rulings are necessary or even make a contribution towards financial stability or integrity. Indeed, quite the opposite, as some of these economists warn.