Neil Irwin had the most accessible trade deficit explainer I’ve seen in today’s New York Times, to which Dean Baker offered some useful additional context on policy and historical context.

I’ve attempted to distill what both Neil and Dean write into a game-like flowchart. In it, I reduce the world to two countries – the US and China – and explore the possible outcomes and decision-points facing each. Other than the top right bubble (which was my added point), everything else comes from Neil and Dean’s pieces. 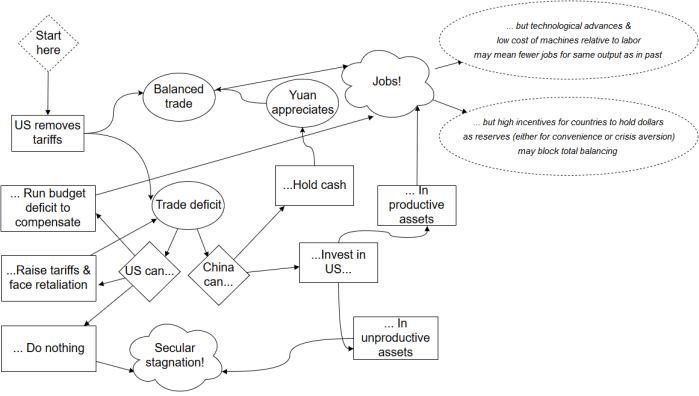 This is of course a considerable simplification, but I think it captures the main points pretty accurately.